Thirsty in Tainan? Have a drink, maybe of your choice.

I’ve travelled all over the world – 65 countries at last count. Something that keeps me exploring is how different the world can be at times. Today, I’m writing about a trivial but fascinating difference – what the Taiwanese choose to drink and when and how they drink it.

Our team has learned that beverage consumption is different in Taiwan, in several valuable lessons.

1) Coca-Cola products and other soda – rare to non-existent. Yes it’s a bad habit, but I tend to have one Diet Coke/Coke Light/Coke Zero in the morning where many normal adults choose to consume coffee. Caffeine delivery is required, and this is my choice. Here in Taiwan, I have yet to find a restaurant that serves Coke Zero or Diet Coke. Even regular Coke is pretty rare. Pepsi is non-existent. There isn’t a local equivalent like Inca Cola in Peru either. It’s just not a drink of choice here.

The only real place to find Coke Zero is in a supermarket or at 7-11. Which leads to lesson 2:
2) 7-11 and its competitors are ubiquitous, every few blocks in the cities…but…even they don’t major on cola or similar. It’s mostly about tea. Lots and lots of tea. Some juice, some coffee and other beverages, but mostly tea. 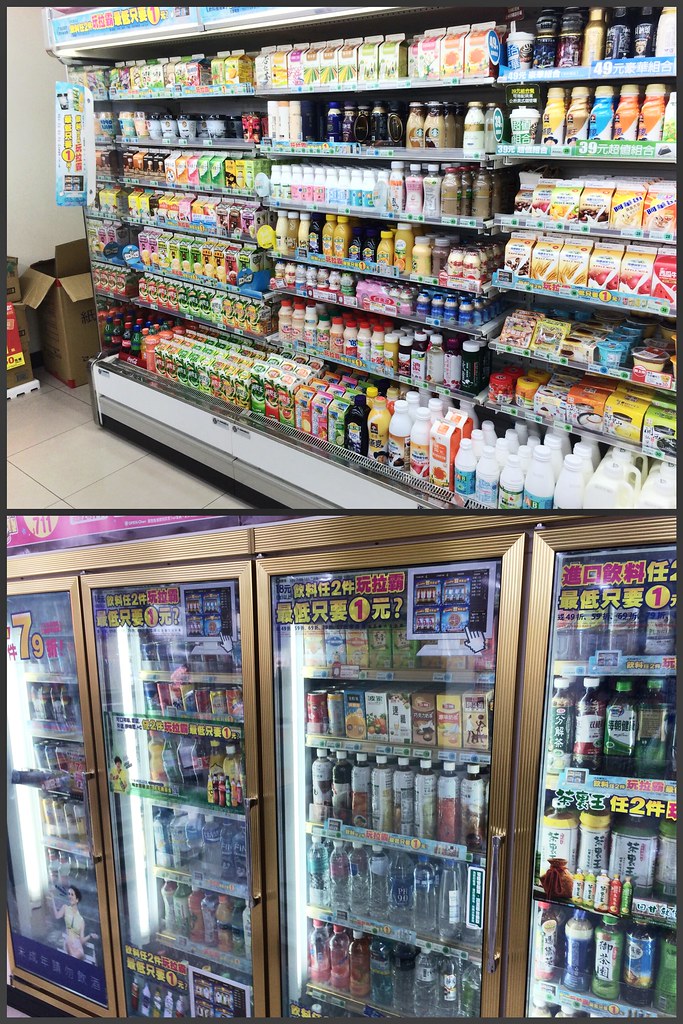 See what’s missing in that picture? Soda pop. There might be carbonated apple juice from time to time. But mostly not.

3) What can you find besides tea? Juice. Lots of juice. Yesterday, Irv and Anjana and I had lunch in a place that served mostly tea, but also passionfruit juice. Interestingly, it was mixed to order – how much sugar you wanted and what size etc. Then, the plastic cup came out with the juice – and a sealed lid on top. Many stores have the heat-shrink plastic machines to seal their drinks.

One juice we’ve had a few times is smoked plum juice. When I first saw it in the store, it didn’t sound that good. But it was served at a dinner last week, and it was really nice and refreshing. 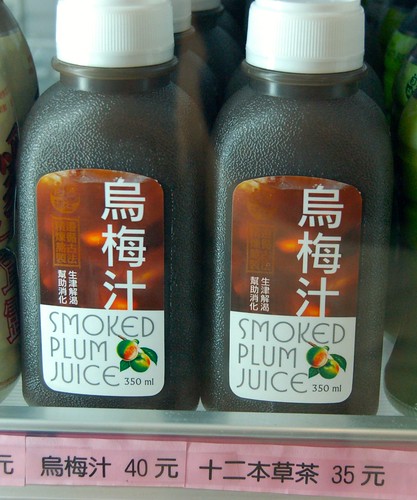 4) We’ve also struggled with wine. Beer tends to be readily available, but wine, especially white wine, is uncommon. Perhaps it is because of refrigeration costs, but it also seems likely to have to do with local tastes. Mixed drinks are *never* consumed at a meal, only in a bar… or, in some cases, at the night market.

5) It seems like beverages in general are often considered something to be consumed after a meal. We went through a whole lunch over the weekend without anything to drink ever being placed on the table. Somehow this worked.

6) Thankfully, our hosts got me a case of Coke Zero from the supermarket. Tainan has been survivable as a result. 🙂

One response to “Thirsty in Tainan? Have a drink, maybe of your choice.”